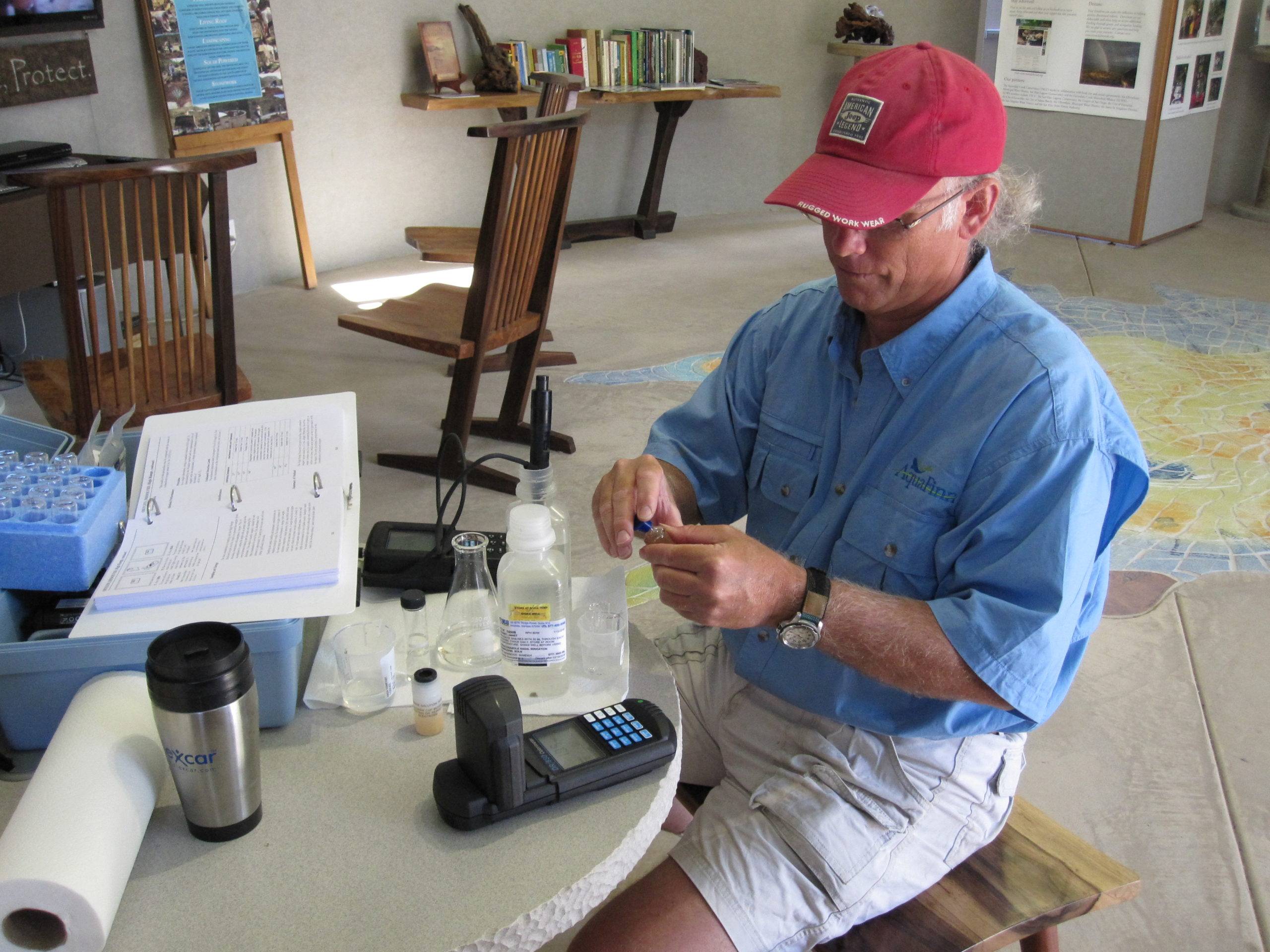 Ryan Woldt
Education, Featured Posts, Research
At the Escondido Creek Conservancy, our mission is to preserve and restore the watershed. An important component of this work to revitalize the land and water entails tracking results over time. One of our incredible volunteers is Paul Curtis. He has been collecting, analyzing and documenting the quality of the water in Escondido Creek for many years, and we often rely on his expertise when addressing water concerns.
We wanted to connect you with Paul so you can learn more about him, and so we can spotlight the valuable work he is doing in the watershed behind the scenes.

Conservancy: For several years, you have been collecting, analyzing and recording the water quality of Escondido Creek. What is it that you are looking for, and why those particular things in the water?

Paul Curtis: I am a fish biologist specializing in aquaculture and I moved from near Toronto, Canada to San Diego in 1994.  I had worked with rainbow trout for my masters degree so when I learned about the endangered (listed) Southern Steelhead in San Diego county I was very intrigued. I moved to Elfin Forest in 2001 and then learned about the Escondido Creek and [The Conservancy]. I then thought that the creek would be an ideal environment to try and reestablish Southern Steelhead in the creek as it had year round water flow and many miles of what appeared [to be] great habitat.

I approached [Conservancy Board Member] Kevin Bernard about the idea and he was interested. That is where it all started. Water quality is a huge component of environmental suitability for Steelhead as well as all the other aquatic organisms. A continued monitoring would allow us to evaluate the suitability for steelheads long term; not only [for their] survival, but [their] ability to reproduce.

[Former Conservancy Board Member] Greg McBain joined the team many years ago and brought a whole habitat vision for overall creek health, which goes hand-in-hand with the ability to support salmonid like steelhead. He then began also looking at insect populations which can be used as a gauge of overall stream health. With long term monitoring we have been able to evaluate the consistency of water quality not only over months, but years and also reflect any changes upstream that may impact the creek.

Conservancy: After you collect and test the water, what happens with those results?

Paul Curtis: The data is compiled in spread sheets and plotted so that trends can be followed.  We are trying to test once per month.  The pandemic halted testing for a year or more.  We have just started again last month.  We test for temperature, dissolved oxygen, ammonia, nitrite, nitrate, phosphorous, pH and alkalinity at four sampling locations from Country Club to El Camino del Norte.

Conservancy: What trends have you seen in water from Escondido Creek?

Paul Curtis: Overall we have seen the water quality to be very consistent from month-to-month, and would be suitable for Steelhead. As far as insects showing overall health, the indicators were poor. What this means is that the insects most sensitive to pollution were not present in the creek indicating some issues.

The biggest impact we noted was once the chicken farm cesspool* had been eliminated. We were used to seeing relatively high levels of phosphorous and nitrogen compounds in the water. Once the horrific waste pool was gone the levels decreased immensely. There was obviously seepage from the waste pond to the creek. The improved water quality may have an impact on the health of the creek and another insect study would be valuable.

*The area that is now the Harmony Grove Village housing community used to be a chicken farm. The runoff from that farm had negative impacts on the creek’s water quality.  Eventually it shut down and the housing development replaced it.

Conservancy: What is something that impacts our water quality that might surprise those of us not analyzing water quality?

Paul Curtis: Pollutants have a major impact as we saw with the chicken farm waste water. This is a large example of a single point source. Equally impactful are the hundreds of small point sources such as run off water containing household fertilizers, pesticides and herbicides as well as motor oil and other toxins. There is also large quantities of garbage that make it into the creek and will affect water quality through leakage and leaching of toxins.

Invasive species can also have dramatic impact on native species thus leading to endangerment such as seen with the Southern Steelhead.

Conservancy: How can individuals impact their local watershed’s cleanliness and/or water quality?

Paul Curtis: People need to be very aware of what goes down the drain, on the lawn, sprayed around the yard or house and realize that there is a chance of it entering the watershed and the creek. There are so many choices now of more environmentally friendly products now along with expanded recycling for garbage, automotive fluids, batteries, electronics etc. The more we think about what our actions are doing to the environment and modify our choices, the less impact we will have on ecosystems like the Escondido Creek.

Conservancy: Why is engaging with nature important to you?

Paul Curtis: I grew up in a rural area in Canada and have always been outdoors whether sailing, fishing, camping, etc. So I have always tried to be an ambassador for the environment. I got into Aquaculture because I saw what commercial fishing had done [and continues to do] to the lakes and oceans. There is not a fish stock on the planet that is sustainable and has not been overexploited. Responsible fish farming is the only way we will be able to supply aquatic based protein and not destroy wild fish populations.

We abandoned wild caught protein gathering terrestrially ages ago. We soon learned that agriculture was far superior to foraging and gave predictability to food supplies.  While we were hunters and gatherers, it did not take long to overexploit those populations. The American Bison is a prime example. The oceans are no different. Growing fish is far more efficient that land based animals and will make a huge difference in saving our oceans and lakes.

Conservancy: You also have your own company, AquaSolver. What does AquaSolver do?

Paul Curtis: I do Aquaculture consulting and I developed a non-toxic fish medication. I overhauled and  managed the White Seabass hatchery in Carlsbad for about 7 years, and also constructed and managed a Hybrid Striped Bass hatchery for 5 years prior to that.

A summary of some of the water quality findings from Paul's work. 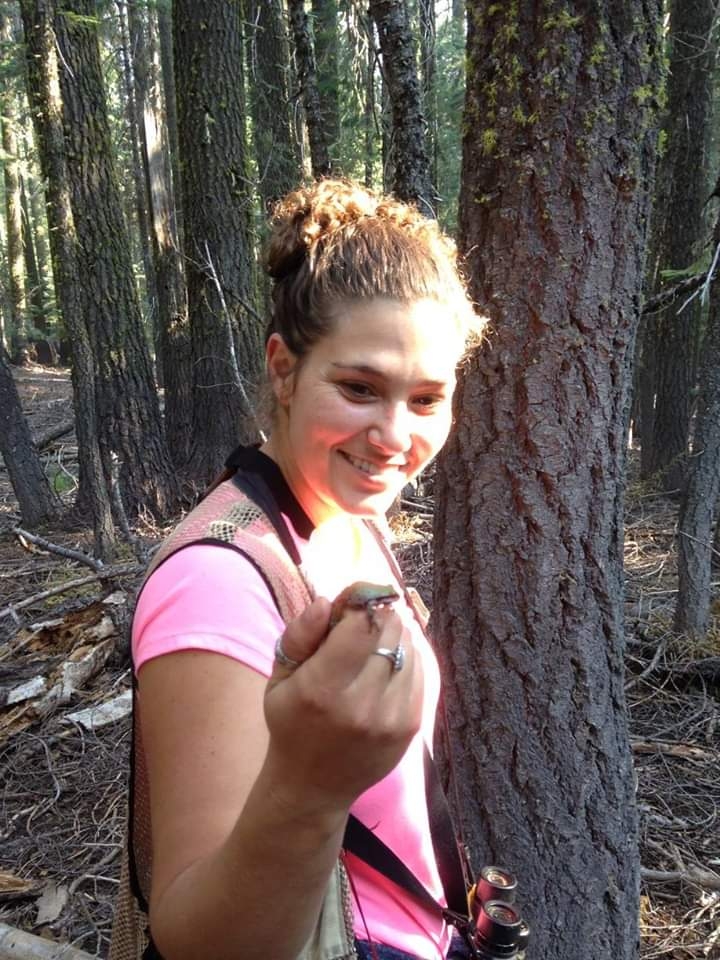