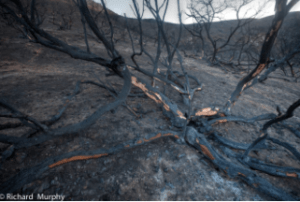 Almost 2,000 acres burned, 40 structures destroyed, and almost $5.7 million dollars in property damage were caused by the Coco’s Fire. The fire was ignited by a 14 year old girl in her backyard on May 14th, 2014. Fire season typically starts in October after the summer has dried out the vegetation but California was experiencing one of its worst droughts on record — leaving it particularly vulnerable. The Conservancy decided to turn the tragedy of the fire into an opportunity to document the rebirth of the ecosystem, to monitor the burned areas over time, to see what could be learned by taking photos of the same sites for five years. We are now in year four of that monitoring. 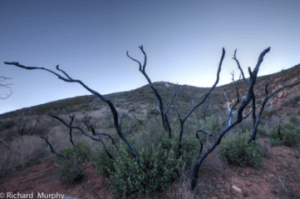 Chaparral ecosystems have adapted to natural fire events but the frequency and intensity of fires has increased in past decades–and according to CalFire–95% of recent fires have been human-caused. What makes this resprouting Manzanita particularly heroic is that it not only had to recover from the fire, it also had to withstand another historically dry summer.  Unfortunately, the above photo also shows invasive mustard filling in the gaps. These opportunistic species can replace our native chaparral species, putting more plants and animals at risk of extinction. Additionally, as invasive grasses move in to colonize areas after fires, dry invasive non-native grasses can create an even greater fire hazard. Despite infestations from some invasive non-native species that have colonized burn areas after the Cocos Fire, we’ve noticed some native shrubs are recovering. Below are a few additional photos taken in the same recovery area over the past four years by our Board President, Richard Murphy. 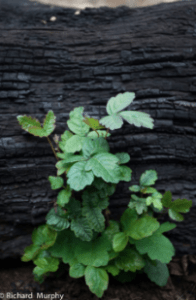 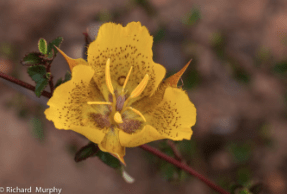 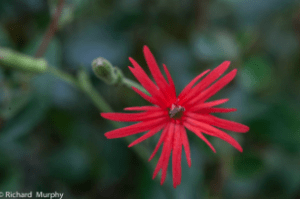 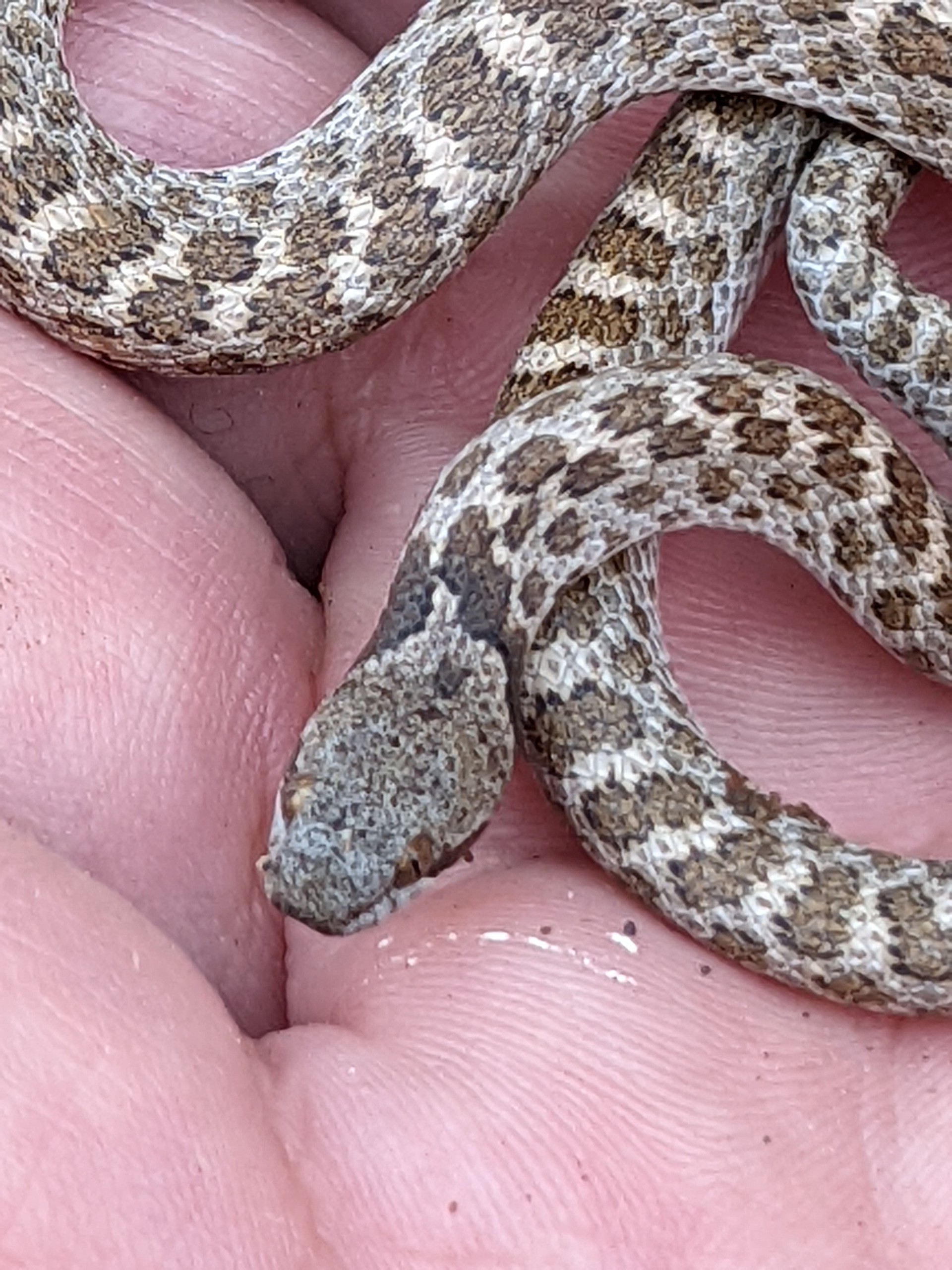 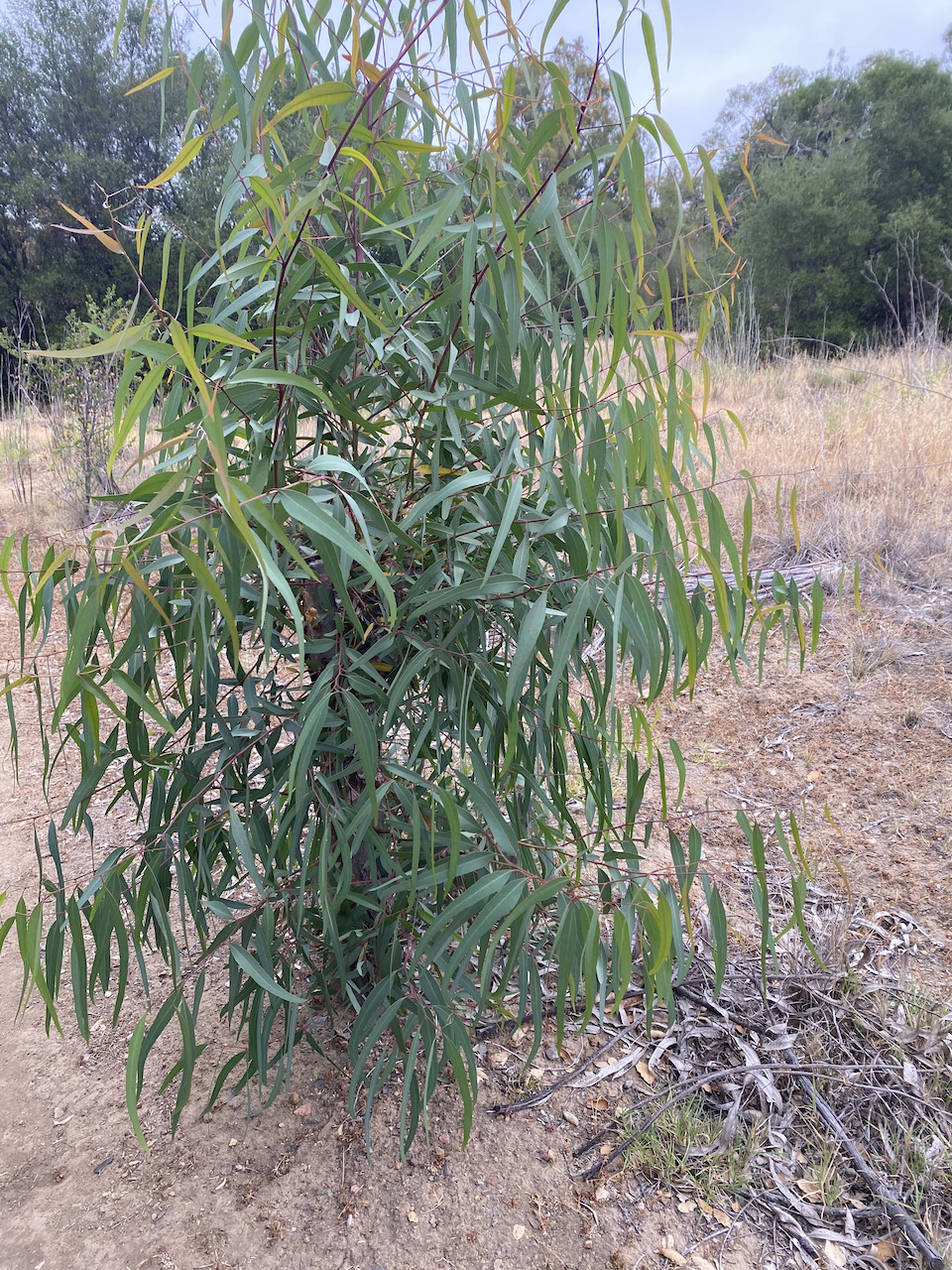 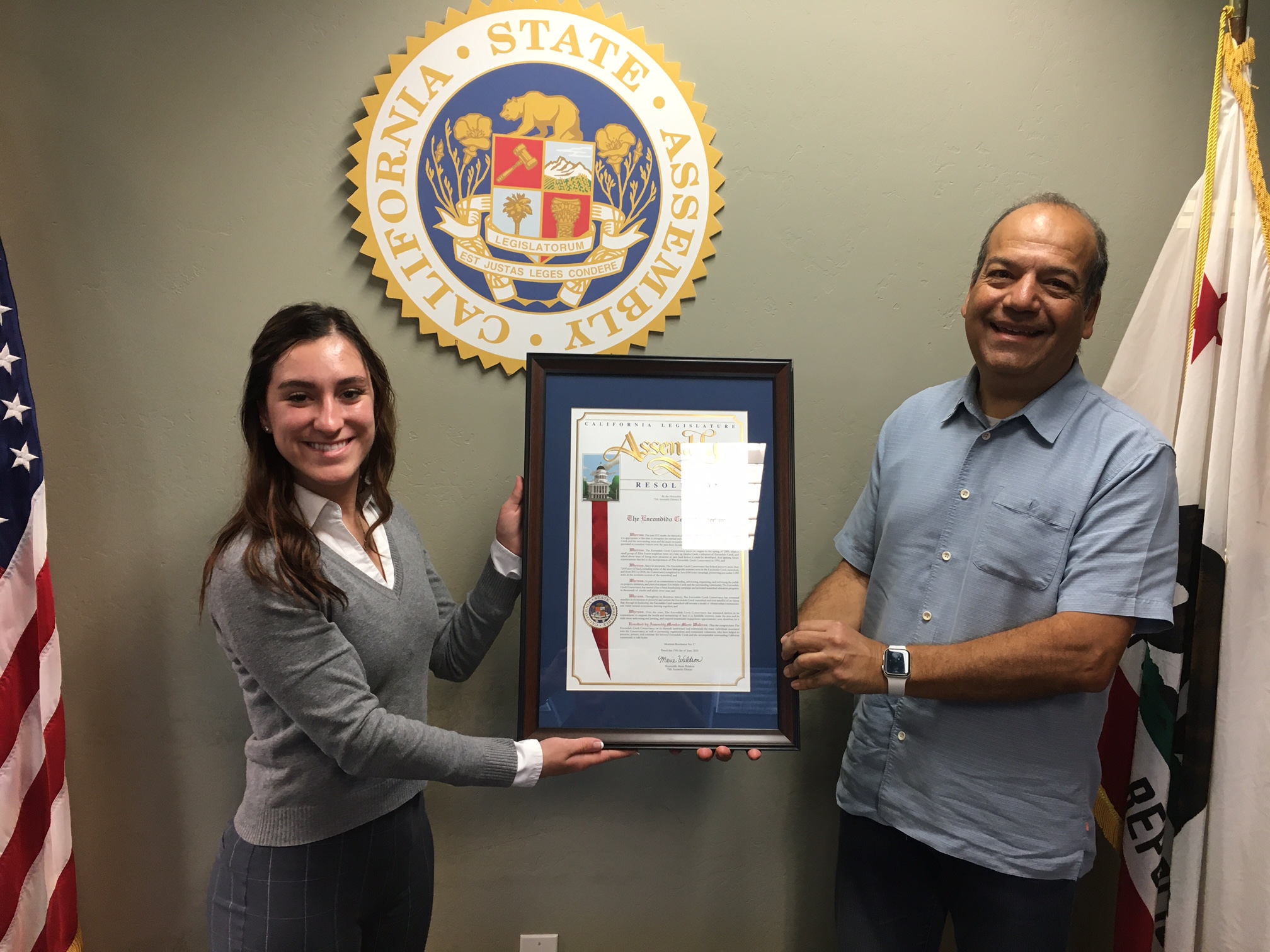